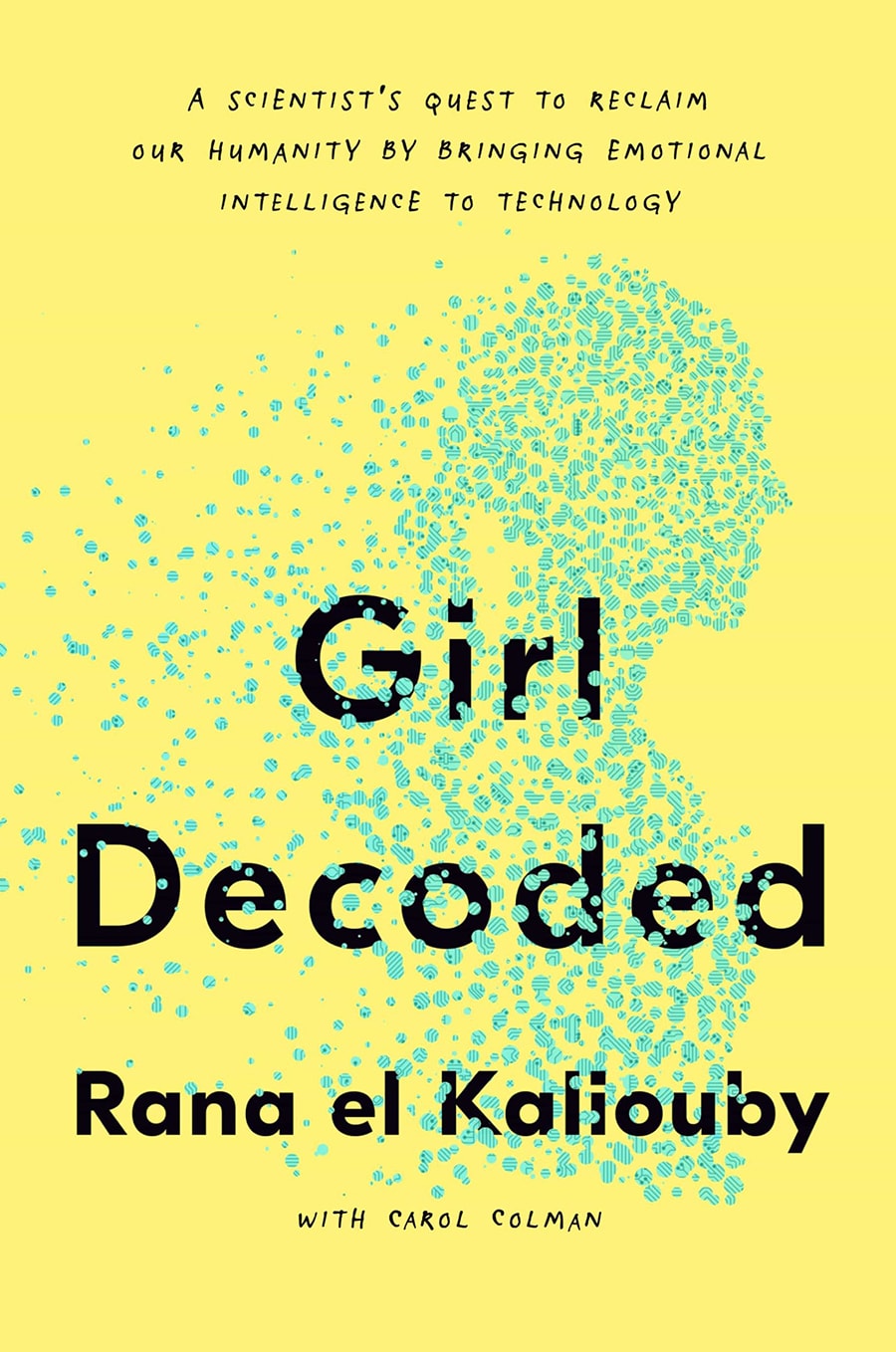 A scientist’s quest to reclaim our humanity by bringing emotional intelligence to technology.

Audio Books Available Through These Retailers

In a captivating memoir, an Egyptian-American visionary and scientist provides an intimate view of her personal transformation as she follows her calling – to humanize our technology and how we connect with one another.

Rana el Kaliouby is a rarity in both the tech world and her native Middle East: a Muslim leader and CEO, a woman in charge in a field that is still overwhelmingly white and male. Growing up in Egypt and Kuwait, el Kaliouby was raised by a conservative father who valued tradition – yet also had high expectations for his daughters – and a mother who was one of the first female computer programmers in the Middle East. Even before el Kaliouby broke ground as a scientist, she broke the rules of what it meant to be an obedient daughter and, later, an obedient wife to pursue her own daring dream.

After earning her PhD at Cambridge, el Kaliouby, now the divorced mother of two, moved to America to pursue her mission to humanize technology before it dehumanizes us. The majority of our communication is conveyed through non-verbal cues: facial expressions, tone of voice, body language. But that communication is lost when we interact with others through our smartphones and devices. The result is a digital universe that’s emotion blind. To combat our fundamental loss of emotional intelligence online, she co-founded Affectiva, the pioneer in the new field of Emotion AI, allowing our technology to understand humans the way we understand one another. Girl Decoded chronicles Rana el Kaliouby’s journey from a “nice Egyptian girl” to a woman carving her own path as she revolutionizes technology. But decoding herself – learning to express and act on her own emotions–would prove to be the biggest challenge of all.

Would you like to read Girl Decoded in your book club?

Here is a book club kit to kickstart discussion

Get your book club kit now

Rana el Kaliouby’s journey to overcome self-doubt and embrace her ambition will resonate with women everywhere. Girl Decoded is the kind of honest and inspiring story that will encourage other women to share their experiences and own their power.

As an entrepreneur and computer scientist, Rana el Kaliouby has done pioneering work to infuse technology with emotion and leverage technology to enrich our understanding of emotions. In this forthright, engaging memoir, she takes us behind the scenes of her work and through the key events that have shaped her life and worldview.
Adam Grant, Ph.D.

New York Times Bestselling Author of "ORIGINALS" and "GIVE AND TAKE"

Brilliant and inspiring—words that describe both Rana el Kaliouby and her extraordinary new book, which tells the story of her life and of the crucial role she played in the invention of artificial emotional intelligence. A poignant and deeply personal tale about love, loss, and coming of age on a new scientific frontier.
Daniel Gilbert, Ph.D.

Professor of Psychology, Harvard University and Author of "Stumbling on Happiness"

Artificial intelligence is advancing exponentially. Creating a hopeful, compelling and abundant future for humanity depends on the work outlined by entrepreneur Rana el Kaliouby in her must-read book, Girl Decoded. It is critical that we embrace a future in which technology enhances our most human qualities, specifically empathy, caring and emotional intelligence.

Founder and Chairman, the X Prize Foundation and Author of "The Future Is Faster Than You Think"

Written with kindness, vulnerability, and grace, Girl Decoded reveals the tour de force that is Rana El Kaliouby. Her must-read memoir spurs technologists to follow their conscience and emboldens women all over the globe to fight for their dreams.

Here is the whole sentence: As women in STEM continue to fight misogyny, racism, and countless other challenges, Girl Decoded is a rousing reminder that women can and should be able to succeed without sacrificing any part of their wholeness.

Rana el Kaliouby’s vision for how technology should work in parallel with empathy is bold, inspired, and hopeful. Girl Decoded is both a vivid coming-of-age story and a call to each of us to be more mindful and compassionate when we interact online.

I really enjoyed this honest story of how science actually works. The road to brilliant innovation is full of setbacks. But often it’s the small travails that stop us. El Kaliouby’s dream was to enable computers to engage human emotions. But she needed to engage her own emotions to invent machines with emotions. Her remarkable life story is a captivating way to understand this new technological frontier: machines with emotional intelligence.
Kevin Kelly

Futurist, Founding Editor of Wired and Author of "The Inevitable"

Emotional intelligence in AI is every bit as critical for machines as it is for humans. No one has done more to create that capability than Rana el Kaliouby. This book tells the remarkable story of her pioneering journey, breaking barriers all along the way. A must read!
Erik Brynjolfsson, Ph.D.

This lucid and captivating book by a renowned pioneer of emotion-AI tackles one of the most pressing issues of our time: how can we ensure a future where this technology empowers rather than surveils and manipulates us?
Max Tegmark, Ph.D.

Professor of Physics at MIT and Author of "Life 3.0"

Rana el-Kaliouby is one of the most brilliant and inspiring people I’ve ever met, but I wasn’t prepared for how this book would move me. The reader joins Rana on an uplifting journey from nice, shy Egyptian girl to scientist, entrepreneur and visionary American leader. We also witness the birth of an idea—that machines can be trained to recognize and respond to human emotion. Rana expresses her vision with clarity and hope, and leaves us believing that Emotion AI will shape the intelligent machines of the future into a force for good.
Eric Schurenberg

on Amazon, Goodreads, and/or Barnes & Noble.

Thank you for the support!

Review on Amazon
Review on Goodreads
Review on Barnes & Noble

This website uses cookies to improve your experience while you navigate through the website. Out of these, the cookies that are categorized as necessary are stored on your browser as they are essential for the working of basic functionalities of the website. We also use third-party cookies that help us analyze and understand how you use this website. These cookies will be stored in your browser only with your consent. You also have the option to opt-out of these cookies. But opting out of some of these cookies may affect your browsing experience.
Necessary Always Enabled
Necessary cookies are absolutely essential for the website to function properly. This category only includes cookies that ensures basic functionalities and security features of the website. These cookies do not store any personal information.
Non-necessary
Any cookies that may not be particularly necessary for the website to function and is used specifically to collect user personal data via analytics, ads, other embedded contents are termed as non-necessary cookies. It is mandatory to procure user consent prior to running these cookies on your website.
SAVE & ACCEPT